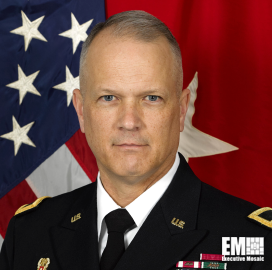 Collins told attendees at a Defense Advanced Research Projects Agency (DARPA) webinar that the proposed LEO and MEO constellations will have “game-changing technologies” that are envisioned to become fully operational in 2025 to 2027.

He noted that the Army plans to deploy the satellites to expand bandwidth capacities while leveraging reduced latency and smaller ground infrastructure.

“I think one of the things we’re going to have to do is how can we take and best employ some of this technology, how do we link it into our current environment and ensure that it’s mobile,” said Collins. “I think that’s really an area that we’ll be reaching out to industry, academia and others to see how we best incorporate that.”

PEO C3T is partnering with the Army Combat Capabilities Development Command (CCDC) on experimentation efforts focused on satellite terminals with multiband elements and other commercial technologies.

The speakers address virtual training platforms, intel and operation mission capabilities, the challenges and priorities of data in warfare and how defense has evolved from the traditional standards to meet the demand of emerging technologies.

If you missed the event, check out Potomac Officers Club’s Event Archive to watch Tuesday’s event as well as all recent POC events of 2020.