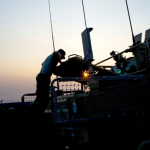 The Government Accountability Office (GAO) is recommending the Department of Defense (DoD) to improve information sharing among its repair depots through the implementation of working groups and best practices aimed at meeting weapons system maintenance goals.

GAO said in a blog post published Thursday that although the DoD has experienced challenges in meeting weapons repair objectives in recent years, the department also reported benefits through the sharing of lessons learned.

According to the watchdog, the U.S. Navy is “struggling to complete maintenance on time” for submarines, aircraft carriers and fixed-wing aircraft from fiscal years 2014 through 2019.

GAO noted that the Navy was on track to meet maintenance deadlines “about 50 percent of the time”, with the service branch’s aircraft spending over 62,000 additional days in maintenance depots since FY 2014.

The agency recommends the Navy to address its workforce issues and identify “more accurate turn-around target times” for aircraft maintenance.

The U.S. Army, Marine Corps and Air Force largely met depot maintenance goals during the same period, GAO noted. However, the Army and Marine Corps need to improve their respective metrics for progress and workflow management.