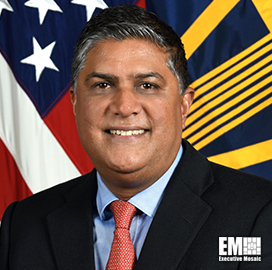 Mulchandani told attendees at an Institute for Security and Technology-hosted webinar that he envisions JAIC to spearhead the DoD’s efforts to speed up the authority to operate process and while promoting agility in technology development.

According to Mulchandani, efforts like the Joint Common Foundation (JCF) platform for standardized AI tools will help “democratize” user access to compute power, data, tools and storage. JAIC awarded a potential $106M task order to Deloitte for the development of JCF earlier this month.

“We view this as an enterprise infrastructure company in that we have customers — the [combatant commands] — and we have relationships to understand what it is they need but also I have a set of products that we’re offering them in that sense,” said Mulchandani. “It’s a little haphazard today, but it’s getting way, way better,” he noted.