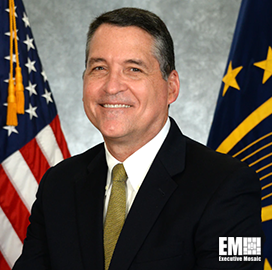 Pope has replaced Pat Sullivan, who retired after a 29-year career at the service branch, the Navy said Tuesday. Pope will handle a budget of more than $7 million and supervise over 11,000 civilian and military personnel as part of his new capacity.