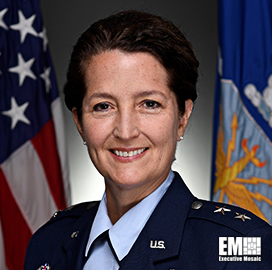 Lt. Gen. Nina Armagno has been assigned to serve as the U.S. Space Force's director of staff for headquarters, a role through which she will lead daily staff operations of the service's HQ.

She also received a promotion to three-star general, making her USSF's first female general officer, the service branch said Monday. The Pentagon held a ceremony the same day to commemorate her promotion and appointment.

She joined the U.S. military in 1988 and went on to fill roles across multiple space defense-related areas.