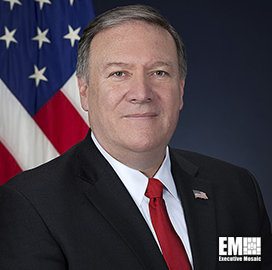 “The United States will continue to restrict most U.S. exports to Huawei and its affiliates on the Entity List for activities that threaten U.S. national security and international stability. We urge our allies and partners to join us,” Pompeo said in a statement published Monday.

He said the measures are part of the U.S. government’s efforts to safeguard national security, the privacy of citizens and integrity of 5G networks from China’s “malign influence.”

In May, Commerce moved to amend the FDP rule to restrict Huawei’s acquisition of semiconductors produced using U.S. technology. The newly expanded FDP rule further prohibits the Chinese company from acquiring “foreign made chips developed or produced from U.S. software or technology to the same degree as comparable U.S. chips.”

“The United States has provided ample time for affected companies and persons – primarily Huawei customers – to identify and shift to other sources of equipment, software, and technology and wind-down their operations. Now that time is up,” Pompeo said.