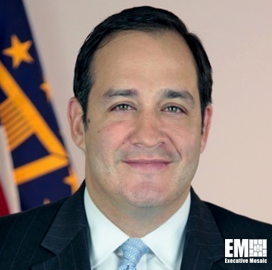 “We are immensely grateful for the work that Jose Arrieta did during his time at HHS, leaving a legacy of transformative advances in our department’s data work, better business practices that will save taxpayers hundreds of millions of dollars and stronger protections for our department’s networks from cyber attacks," said Eric Hargan, deputy secretary at HHS.