Report Calls for Significant Increase in Federal AI Research Spending to $25B; Rep. Will Hurd Quoted 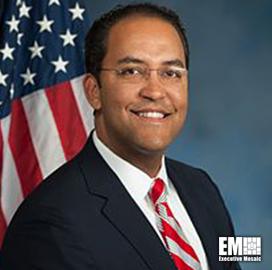 A new report from the Bipartisan Policy Center and the Center for New American Security recommends that the federal government immediately double research-and-development spending on artificial intelligence and increase R&D funding for AI efforts to $25 billion by fiscal year 2025.

The report published Thursday offers 14 recommendations to maintain U.S. leadership in AI. BPC and CNAS developed the report in consultation with Reps. Will Hurd (R-Texas) and Robin Kelly (D-Ill.).

“We are calling for a dramatic investment in R&D spending from the federal government,” Hurd, a two-time Wash100 Award winner, told Netgov in an email. “Investing in R&D could mean waiting years before you can see tangible results, which can be difficult in an environment with so many funding priorities. But AI will be a critical enabling technology of the future.”

The report also calls for the U.S. to diversify and expand its computing capacity by convening a task force to form a national compute and data resource; addressing the need to broaden broadband into rural areas; and establishing a competitive grant program for universities to come up with affordable high-performance computers and graphics processing units that are accessible to underserved and rural areas.

The document classified the remaining recommendations into four other principles, including the federal government’s role in incentivizing R&D in the private sector and the need for international cooperation to advance AI R&D efforts.