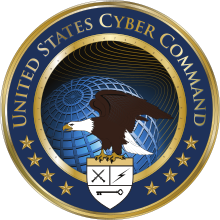 The Pentagon has successfully integrated the Persistent Cyber Training Environment (PCTE), the agency’s cyber-training platform with operational tools, to assist with mission preparedness and success, C4ISRNET reported on Thursday.

The platform will provide the U.S. Cyber Command’s soldiers global access to PCTE and enable them to conduct individual and collective cyber training as well as mission rehearsal that align with the National Training Center. The U.S. Army runs the program on behalf of the joint cyber force and Cyber Command.

After the platform was first used in a large-scale, tier-one exercise in June 2020. The integration pilot program launched in July 2020 with the program offices of the Unified Platform system and the Joint Cyber Command and Control system.

The Unified Platform system will consolidate and standardize big-data tools used by Cyber Command and its subordinate commands to enable forces to share information, build common tools and conduct mission planning and analysis.

LTG Stephen Fogarty, commander of Army Cyber Command, noted that the virtual cyber-training environment over the National Training Center is its ability to replicate an actual opponent. The mission rehearsal capability will enable users to input prior operations, such as those used against the Islamic State group, or to train against or upload malware discovered in operations.

The speakers address virtual training platforms, intel and operation mission capabilities, the challenges and priorities of data in warfare and how defense has evolved from the traditional standards to meet the demand of emerging technologies.

If you missed the event, check out Potomac Officers Club’s Event Archive to watch Tuesday’s event as well as all recent POC events of 2020.