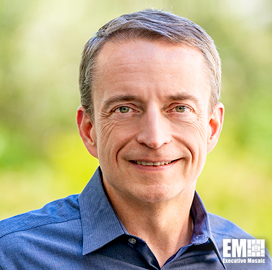 “In light of these uncertain times, we delivered solid execution and financial performance in Q2 FY21,” said Pat Gelsinger, VMware CEO. “With our Any Cloud, Any Application, Any Device strategy, we are helping customers solve their hardest technology challenges and meet and exceed their business objectives.”

Within VMware’s business highlights, the company reported that it has continued to expand the multi-cloud strategy with advancements across the cloud platform and ecosystem. VMware made available the second generation of VMware Cloud on Dell EMC, a VMware service that delivers simple, more secure and scalable infrastructure as-a-service to customers’ on-premises data center and edge locations.

Microsoft Corp. also previewed the next generation of Azure VMware Solution, a first-party solution designed, built and supported by Microsoft and endorsed by VMware. VMware announced new capabilities designed to further improve the economic value of VMware Cloud on AWS while meeting an evolving set of requirements for application modernization, business continuity and resiliency, and cloud migration.

“Our performance in Q2 reflected strength in our Subscription and SaaS product offerings, which grew 44% year-over-year,” said Zane Rowe, executive vice president and CFO, VMware. “We plan to accelerate certain product initiatives through the remainder of the year, which will further support customers’ digital transformations and grow our Subscription and SaaS product offerings.”

VMware software powers the world’s complex digital infrastructure. The company’s cloud, networking and security, and digital workspace offerings provide a dynamic and efficient digital foundation to customers globally, aided by an extensive ecosystem of partners. Headquartered in Palo Alto, California, VMware is committed to being a force for good, from its breakthrough innovations to its global impact.