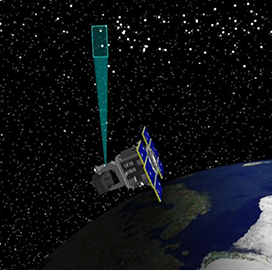 The 18th Space Control Squadron has started sharing their forecasts on space debris-on-debris collisions through the Space-Track website.

The squadron has increased the number of objects it screens daily by more than 350 percent, while it decreased the amount of monitored low to no-risk early conjunctions by over 30 percent as part of the Reduction of Conjunction Assessment Processing program, the U.S. Air Force said Thursday.

"The objectives of project ReCAP were to improve spaceflight safety by reducing the number of unnecessary conjunction reports, and screen more than 27,000 objects that could potentially collide and create more debris in space," said Lt. Col. Justin Sorice, commander at 18 SPCS.