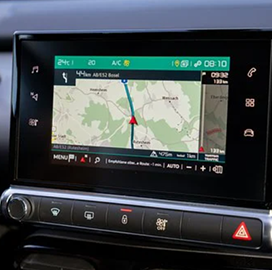 The U.S. Army is looking to award a contract by the end of the month for the service branch’s positioning, navigation and timing (PNT) effort aimed at establishing an alternative for GPS technologies.

The Army intends to select an awardee for the Mounted Assured Position Navigation and Timing (MAPS) contract and deploy a prototype in two years, C4ISRnet reported Monday.

MAPS will be used to support PNT operations such as anti-jamming and spoofing functionalities in GPS-denied environments. MAPS Gen 3, the planned latest version of the PNT capability, is meant to be integrated into the electronic warfare (EW) and command, control, communications, computers, intelligence, surveillance and reconnaissance (C4ISR) Modular Open Suite of Standards (CMOSS).

The Army plans to leverage the CMOSS chassis as a standardized plug-and-play platform for disparate PNT technologies.

Col. Nickolas Kioutas, program manager for PNT at the Army’s Program Executive Office (PEO) for Intelligence, Electronic Warfare and Sensors (IEW&S), told C4ISRnet that the service is “nearing an award to a single vendor” as it continues MAPS transitioning and fielding activities.

Kioutas’ comments come after the Army announced plans to establish a PNT development hub next month to support programs such as the CMOSS initiative.