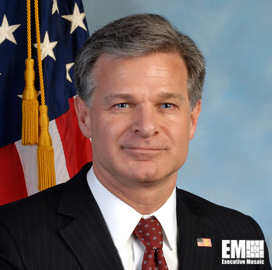 FBI Director Christopher Wray said the bureau’s new strategy for combating cyber threats will include providing intelligence to the Department of Defense (DoD) and other agencies in support of their offensive cyber operations, Nextgov reported Thursday.

“An important part of fighting back against our foreign adversaries in the cyber realm is offense as well as defense,” Wray said Thursday during a Senate Homeland Security and Government Affairs Committee hearing. “That’s a big part of this new FBI strategy that I rolled out.”

On Sept. 16th, Wray announced at the Cybersecurity and Infrastructure Security Agency (CISA) Summit the new FBI strategy that would “impose risk and consequences on cyber adversaries.” He cited the importance of cyber offensive operations in fighting threats during the Senate panel hearing.

“Sometimes, the way to maximize impact is through law enforcement action that we would take, sometimes it’s through sanctions,” Wray said. “But sometimes it’s through offensive cyber operations, and we are very focused on making sure that intelligence and information that we develop through our investigative work is shared with our partners to enable their operations offensively, so through our national cyber investigative joint task force we’re much more effective in partnering with the relevant [intelligence community] and DOD agencies on that.”