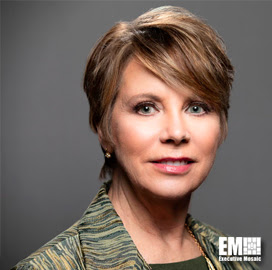 “We’re thrilled Comcast NBCUniversal  was recognized with this distinguished honor, “ said Carol Eggert, senior vice president of Military and Veteran Affairs (VA) at Comcast NBCUniversal. “It reflects the combined dedication of our leaders, business units, and employees to creating an inclusive and empowering workplace for our military community teammates.”

The Best for Vets list is an annual ranking of the country’s best employers and organizations with military-connected employment programs, benefits and support efforts. Comcast NBCUniversal’s rise to first place was achieved by the company’s ongoing initiative to create a military-friendly and military-ready environment for our employees.

Comcast NBCUniversal has offered programs that foster an innovative workplace culture that has supported the company’s military employees, including the military active workforce.  The company has launched programs including an active duty health benefits plan, military spouse transfer assistance and 15 days paid time off annually for military training, in addition to normal paid time off.

Additionally, Comcast NBCUniversal has supported the military concierge service team that has assisted with needs such as the transition of working military and civilian careers simultaneously. The company’s continued support of the military workforce has increased physical, emotional and financial aspects of the organization and its employees.

“We’ve worked diligently across the company to make our support for our military teammates stand out, and it’s incredibly rewarding to know that our efforts are recognized by Military Times – a well-respected publication,” Eggert added.