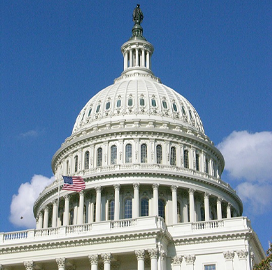 The Select Committee on the Modernization of Congress has passed 40 recommendations to help the legislative branch reform the appropriations process, improve congressional capacity and reclaim its responsibilities under Article One of the Constitution.

Some of the recommendations to improve the budgeting process are requiring a biennial budget resolution, ensuring that Congress adheres to a realistic budget timeline as well as establishing an annual fiscal state of the nation to inform the branch’s policymaking efforts, the committee said Thursday.

To help recruit and retain personnel on Capitol Hill, the committee has suggested a reassessment of the Members Representational Allowance, establishment of a voluntary, nonbinding pay band system and an increase in health insurance options for congressional staff.

The panel also suggested the creation of a community focused grant program, an increase in capacity for policy staff and congressional support organization and bipartisan oversight and trainings at the committee level to help Congress reclaim Article One responsibilities.

The vote on the fifth and final package brings the amount of approved recommendations by the committee to 90.