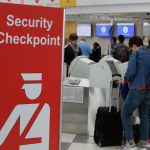 The Department of Homeland Security (DHS) has rejected objections from the Transportation Security Administration (TSA) on a bill to expand the traveler vetting authorities of security technology maker CLEAR.

In May 2020, Pekoske wrote a letter to the Senate Commerce Committee stating that allowing CLEAR to have additional authorities “would be a bridge too far” and place critical transportation and national security functions “in the hands of private firms that are not directly accountable to the U.S. Government.”

CLEAR currently serves as a sole partner in TSA’s Registered Traveler initiative and is under contract to provide screening services at 35 airports. A company spokesperson told BGOV that the legislation would ensure that security procedures and traveler assessments “would remain with TSA where they belong.”