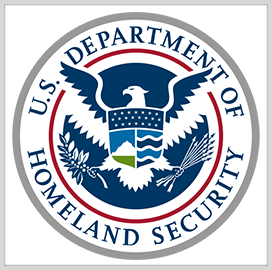 The Department of Homeland Security (DHS) has issued a request for information to seek inputs on human-portable repeaters that can work on indoor and subterranean environments.

The radio repeater must weigh under 50 pounds to qualify as human-portable and allow various configurations to adapt to indoor and underground emergency response operations, DHS said Friday.

"Communications are crucial to emergency response operations. This can be a challenge indoors and underground as radio and cell coverage is often limited in these environments and additional network infrastructure may not be present," said Hasan Shahid, test engineer at the National Urban Security Technology Laboratory.

Responses to the notice are due Oct. 16th. DHS will post the responses in a market survey report on the DHS science and technology (DHS S&T) directorate's website.