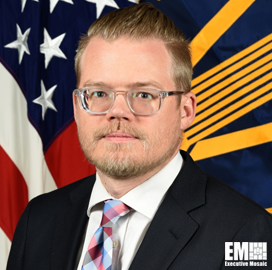 Justin Johnson, who is a senior member of the staff for Secretary of Defense Mark Esper, has been appointed to serve as deputy assistant secretary of defense for Space Policy on an acting basis, Air Force Magazine said Monday.

Johnson succeeds Stephen Kitay who recently stepped down after three years in the role and 18 years in the public sector.

In his new role, Johnson will help DoD identify military assets that would be transitioned to the U.S. Space Force. The newly appointed acting space policy head advised Esper on defense matters including management and reform.

His DoD career also includes work as a special assistant to the deputy secretary of defense. Johnson also served as a legislative director and defense policy adviser for the U.S. House of Representatives.