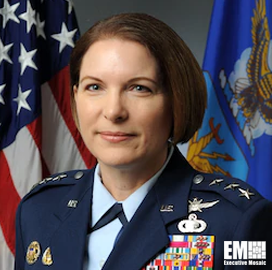 She said at the Air, Space and Cyber Conference virtual event that USAF is reorganizing its spectrum management office as part of efforts to pursue priorities.