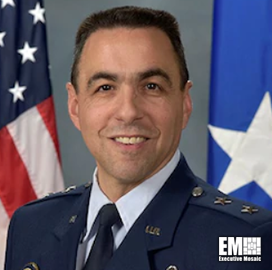 Liquori told attendees at a DefenseNews conference that the U.S. Space Force is working to defend the nation and its allies’ “freedom of action” while protecting space commerce, SpaceNews reported Wednesday.

“We need to be able to have a budget that will allow us to execute those core competencies,” he said.

Gen. John “Jay” Raymond, the chief of space operations and a 2020 Wash100 Award recipient for the U.S. Army, is coordinating with Congress for budget-related proceedings to support the service branch's military space efforts, according to Liquori.