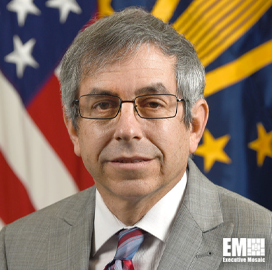 “I don’t see human pilots being phased out, I see them being enhanced, not physically, but I see their work, their effectiveness being enhanced by cooperation with artificial intelligence systems,” Lewis said Thursday at the Defense News Conference.

Lewis, who is also acting deputy undersecretary of defense for research and engineering, commented on the Defense Advanced Research Projects Agency’s (DARPA) AlphaDogfight Trials in which a Heron Systems-developed AI ‘pilot’ on an F-16 Viper jet came out undefeated against a human Air Force fighter pilot in five rounds of simulated air combat in August.

“The key takeaway from that was the artificial intelligence system did so well because it wasn’t so concerned about self-preservation, it was willing to do things that a human pilot wouldn’t do. And that’s the advantage of artificial intelligence,” Lewis said. “I think the real answer is teaming AI with a human for the best combination of both. So I’m pretty confident we’re going to have human pilots into the future.”

Please join ArchIntel for its first virtual event on October 22nd to hear from some of the most esteemed minds in competitive intelligence on the opportunities and challenges arising from AI technology and how CI professionals can adapt and thrive in a post COVID-19 technological world.