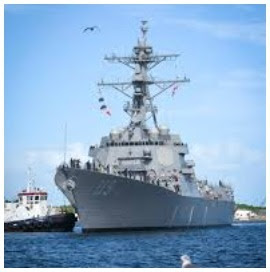 The service branch said Saturday that it live-streamed the event for mass viewing. James Guerts, assistant secretary of the Navy and 2020 Wash100 Award winner, represented Navy Secretary Kenneth J. Braithwaite at the ceremony.

USS Delbert D. Black's name honors the very first master chief petty officer of the Navy. Black joined the Navy in 1941 and was appointed to become the Navy's first MCPON in 1967. His naval career includes assignments aboard USS Barnes, USS Boxer and USS Maryland, with deployments at Pearl Harbor.

“This is the first ship to honor a senior enlisted leader in such a way for their contributions in this realm, and represents a significant milestone achievement that recognizes both the responsibility of the position to the Navy, as well the tremendous accountability to those enlisted Sailors we primarily provide advocacy for,” said Russell Smith, the current MCPON.