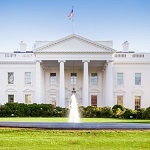 Souza's career includes work as minority staff director and general counsel for an intelligence-focused committee for the U.S. House of Representatives. He led efforts to monitor the intelligence community, draft national security policy and look into sensitive issues.

He also performed legal work as an attorney for the National Security Agency (NSA). If appointed for the inspector general role, Souza will oversee and audit the intelligence community's programs and organizational activities.