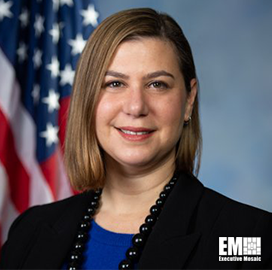 Rep. Elissa Slotkin, D-Mich., has introduced a bill mandating the Department of Homeland Security (DHS) to establish a strategy for leveraging emerging technologies for monitoring operations at the U.S. northern and southern borders.

The INTEL at Our Borders Act additionally requires the department to update legacy programs, analyze procurement authorities, report progress on incentivizing industry partners and develop a research and development blueprint.

Slotkin said she is “thankful to have the National Border Patrol Council’s support” for the legislation. The Bipartisan Policy Center also voiced support for the bipartisan bill, according to the press release.

“Emerging technologies present an important opportunity to help secure our border smartly, effectively, and humanely, and we should use them to the fullest extent possible,” she noted.

“In so doing, we’ll also help relieve the strain on understaffed personnel, an issue I heard about directly from border patrol officers during trips to both the Northern and Southern borders.”