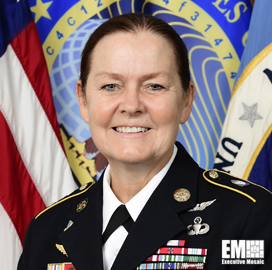 Her assumption of the role took place at a limited-attendance ceremony due to COVID-19 restrictions, but was virtually streamed across USCYBERCOM.

“She represents what makes the senior enlisted leaders so critical to our military, and as the first woman to hold this position here, I know she is a role model for everyone to look up to,” said Gen. Paul Nakasone, USCYBERCOM commander and NSA director and four-time Wash100 Award recipient.

Lyon holds almost three decades of signals intelligence experience with the Army, having held a variety of leadership roles within the service, such as senior enlisted leader of U.S. Army Europe.