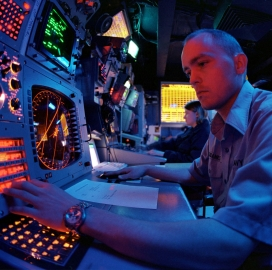 The Army assessed the capacity of the Electronic Warfare Planning and Management Tool (EWPMT) to transmit and receive over-the-air data information for command operations during the Cyber Quest 20 exercise, C4ISRnet reported Tuesday.

Col. Daniel Holland, capabilities manager for electronic warfare at the Army, previously said that the tool will support the intelligence, information, cyber, electronic warfare and space (I2CEWS) operations of the service branch's Multidomain Task Force in the Pacific.

“The EWPMT control demonstration was the first time a remote sensor was tasked and re-tasked by EWPMT over the air across a tactical network,” he noted.

To be effective, electronic warfare officers must have the ability to remotely control and manage the sensors.

“Doing this over the air ensures rapid delivery of real-time information, even when sensors are far away, so that Commanders can have a better understanding of the spectrum and make fast and informed decisions,” Raytheon Technologies stated.