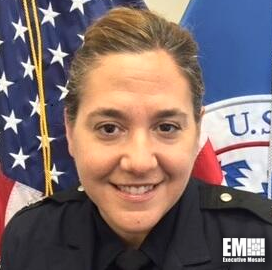 The U.S. Customs and Border Protection (CBP) has launched a website to modernize the agency’s biometrics-based entry and exit passenger vetting operations. CBP created the website as part of its Biometric Entry-Exit initiative focused on verifying personal identities at ports of entry, Nextgov reported Wednesday.

The new site presents information on the CBP program including 3D models and data on the designated ports where the agency’s biometrics technologies are deployed. CBP’s announcement of the website comes after the agency said its Privacy and Diversity Office is assessing potential privacy impacts in the Traveler Verification Service (TVS) program.

“The application of the facial recognition technology as we apply it, it’s in an environment where an individual would normally expect to have to present themselves for identity verification purposes,” said Diane Sabatino, deputy executive assistant commissioner for CBP's field operations.

Sabatino added that the platform is meant to automate the vetting process and not raise concerns on biometrics-driven privacy breaches.

"Knowing that we're also in an environment where we're vulnerable to cyberattacks, we do use cloud-based technology that only that image for the purposes of identity verification is in that cloud environment,” she stated.