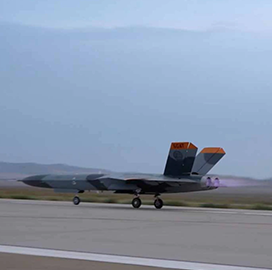 The Department of Defense (DoD) has planned to perform the maiden test flight of a new aerial target drone in late Oct. 2020 after the department completed ground-based tests. The initial flight of the Fifth Generation Aerial Target will take place at Dugway Proving Ground in Utah, following ground test completion in the middle of Sept. 2020 at Michael Army Airfield.

"We pulled in expertise from ‘greybeards,' both industry and military, and the vision of our next generation of pilots, U.S. Air Force Academy cadets. We gave STS the freedom to explore cutting-edge design and manufacturing techniques, and got an even bigger bang for the taxpayer buck by recycling government-owned assets," Crisp added.