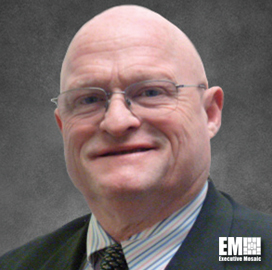 “We are excited to have someone of Jay’s caliber join our team. Jay brings a wealth of business development experience and large capture expertise,” said Greenhouse’s managing partner Bill Rossello. "Jay has been one of the best in the govcon space for a long time and the extensive reach of his network is hard to match.”

Jones has also served as director at Deloitte Consulting. He was responsible for the strategic identification and business development within the U.S. Government market space, specifically within federal energy and Veteran Affairs (VA).

As vice president of the U.S. Government Solution Sales at Siemens Enterprise Communications, he delivered thought leadership, executive customer engagement and relationship development in the global defense community and was responsible for generating $30 million in product and services revenue.

From 2000-2009, Jones served as senior vice president of Global Public Services Sales for BearingPoint Inc., where he supervised the company-wide strategic planning and capture in the federal, healthcare, state and local, higher education and international emerging markets. His sales team was nationally recognized as the top revenue generator within the organization.