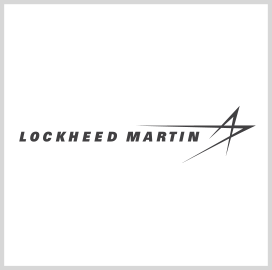 Lockheed Martin has partnered with Aerojet Rocketdyne on a proposal to compete for the Next Generation Interceptor (NGI) contract for The Missile Defense Agency (MDA), Lockheed Martin reported on Friday.

“We support the MDA’s vision for NGI, particularly in light of the Redesigned Kill Vehicle termination and a fast-moving threat environment. Evolution of our deployed Ground-Based Midcourse Defense (GMD) system to defend the homeland is critical,” said Sarah Reeves, vice president of Missile Defense Programs at Lockheed Martin.

Under the contract, Lockheed Martin has offered an interceptor that will address all elements of environmental survivability. Aerojet Rocketdyne will power Lockheed Martin’s primary propulsion to address all U.S. Northern Command challenges.

“The strength of our team comes from an understanding of how to design and sustain radiation hardened strategic systems, the application of advanced digital engineering, and unmatched hit-to-kill performance. This includes more than 100 successful intercepts and over 50 successful target missions,” Reeves added.

Lockheed Martin has projected to disclose the full composition of the NGI team in the near term. The team includes GMD incumbents and technology leaders to deliver on the mission.

“Aerojet Rocketdyne has provided propulsion on the Ground-Based Midcourse Defense system since its inception, and we’re pleased to partner with Lockheed Martin on this next generation opportunity,” said Eileen Drake, Aerojet Rocketdyne CEO and president. “Today, we’re evolving our propulsion solutions with innovative advanced technologies to improve performance at lower costs.”

Headquartered in Bethesda, Maryland, Lockheed Martin is a global security and aerospace company that employs approximately 110,000 people worldwide and is principally engaged in the research, design, development, manufacture, integration and sustainment of advanced technology systems, products and services.