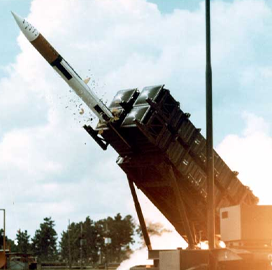 The U.S. Army and Missile Defense Agency (MDA) have concluded testing of the Terminal High Altitude Area Defense (THAAD) and Patriot weapon systems as part of an interoperability exercise that began early this year.

MDA, along with the Army’s Space and Missile Defense Command (USASMDC) and Program Executive Office (PEO) Missiles and Space, conducted the THAAD-Patriot test as part of the Flight Test Patriot Weapon System-27 (FTP-27) initiative that builds on a prior assessment in February 2020, U.S. Strategic Command said Thursday.

"The success of FTP-27 validates the interoperability of the Patriot and THAAD weapon systems," said Vice Adm. Jon Hill, director of MDA. "This capability is vital to the Ballistic Missile Defense System to defend against rogue threats to our homeland, deployed forces and allies."