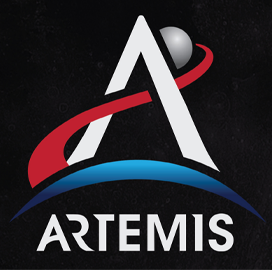 NASA has signed a new agreement with multiple foreign countries for collaborative efforts under the Artemis program, an effort to revive manned space exploration.

NASA's international partners will help the space agency sustain human presence on the lunar surface as preparations are made for future Mars explorations.

“With today’s signing, we are uniting with our partners to explore the Moon and are establishing vital principles that will create a safe, peaceful and prosperous future in space for all of humanity to enjoy," said Jim Bridenstine, NASA administrator and 2019 Wash100 Award recipient.

Artemis aims to bring humans back to the moon in 2024. The initial Artemis mission will take place next year to test-fly the program's Space Launch System rocket and the Orion spacecraft with no crew.