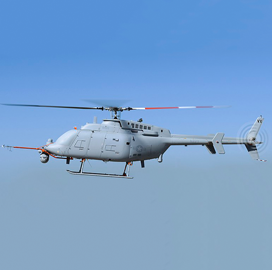 The U.S. Navy is fielding an MQ-8C Fire Scout unmanned helicopter to support squadron operations ahead of its deployment with a littoral combat ship (LCS) next year.

Cmdr. Matthew Wright, commanding officer of HSC-22, told the publication that the squadron’s maintainers are preparing for operations involving MQ-8C, which is larger than its MQ-8B predecessor.

He noted that in addition to the Fire Scout aircraft, HSC-22 is also looking to expand its fleet of H-60 manned helicopters.

“We’re actually going to actually gain a few manned aircraft, since we’re supporting a lot more LCS detachments,” said Wright. “We’ve gained some more personnel, and we just train them all up.”

HSC-22 will undergo safe-for-flight certification for MQ-8C before the aircraft is sent to Wallops Island, Virginia, to undergo land-based activities and other predeployment procedures.