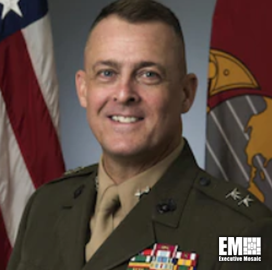 The U.S. Senate has confirmed LtGen Michael Groen to be the new director of the Joint Artificial Intelligence Center (JAIC), the Department of Defense’s (DoD) division for developing and advancing artificial intelligence (AI) technologies, FedScoop reported on Monday. With Groen’s recent confirmation, he has also been promoted to major general.

In his new role, Groen will be responsible for spearheading the development of emerging technologies. JAIC recently announced that the center will expand its solutions to new warfighting initiatives, transitioning from the earlier, lower-risk projects.

To help operationally prepare the DoD for AI, the JAIC integrates technology development, with the requisite policies, knowledge, processes and relationships to ensure long term success and scalability.

JAIC will use AI to solve large and complex problem sets that span multiple services; then, ensure the Services and Components have real-time access to ever-improving libraries of data sets and tools.

Groen has a long history of working with military technology and intelligence. Before his appointment, Groen served as the chief of the Marine Corps. intelligence and on the Joint Staff in senior positions. Most recently, Groen served as deputy chief of computer network operations at the National Security Agency (NSA).

He was nominated for assignment as the Joint Artificial Intelligence Center’s (JAIC) next director and promotion to the rank of lieutenant general in Sept. 2020. Groen will succeed Nand Mulchandani, who has served as acting JAIC director.