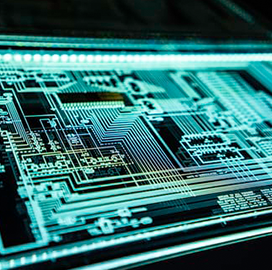 PCTE, which the U.S. Army manages on behalf of the U.S. Cyber Command and joint cyber force, works to test the new cyber tactics at the individual and CPT levels. Capt. Jonathan Poole, team lead for the Air Force's 300 CPT, told C4ISRnet that the CPTs enable flexibility in defending networks separated by long distances.

“Sewing up those gaps and training as you would any other professional team and understanding where those weaknesses are so you can shore those up is what we’re trying to identify through the team exercise component such as Vigilant Eagle,” noted  Lt. Col. Ken Malloy, commander of the 834th Cyberspace Operations Squadron.