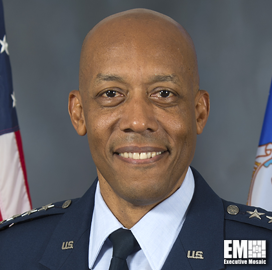 Gen. Charles “C.Q.” Brown, chief of staff of the U.S. Air Force, said he expects to see major changes in the service’s inventory in fiscal year 2023 once the military branch completes force planning exercises and shapes the budget request based on the findings, Defense News reported Friday.

“And so there are some things we will take a look at as we work through [FY]22. It won’t be as big as some of the things we already proposed in [FY]21. And as we look at [FY]23, this is where I’m really focused,” Brown told the publication in an interview.

He said the FY 2021 budget request will likely include small changes to the service branch’s inventory.

“We are going to retire some [aircraft in FY22], but it’s not a huge amount,” Brown said.

Brown issued a document titled “Accelerate Change or Lose” in August 2020 that outlines his plan to transform the service in order to prepare for a future fight against countries like Russia and China. When asked about the military branch’s progress in advancing that vision, he said he believes the service “could go a little bit faster.”