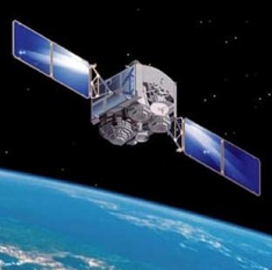 The  agency is currently identifying funding allocations for the On-Orbit Servicing, Assembly and Manufacturing effort which will include capability assessments to determine technology gaps.

NASA is slated to launch the Maxar Technologies-built OSAM-1 spacecraft to refuel the Landsat 7 satellite in 2024.

Deborah Tomek, senior adviser for OSAM at NASA, said a prior industry event that the agency's Human Exploration and Operations Mission Directorate is looking into using OSAM technologies for Artemis deep-space missions.

“It’s going to be really important to work together collaboratively, because we want to move forward with these OSAM technologies and advance them collectively as a suite of capabilities,” she noted.

NASA partnered with Made in Space to begin the construction of OSAM-2, which is intended to build a solar array in orbit.