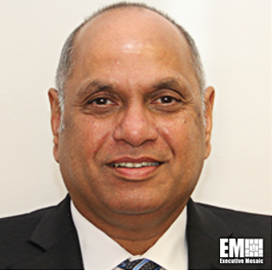 Amyx has announced that the company’s president and chief executive officer (CEO), Satya Akula, will retire in Dec. 2020, after a nine-year tenure, Amyx reported on Friday. He will continue to be a stockholder with the company. Bill Schaefer, the current chief operating officer (COO), will succeed Akula as president and CEO.

“I want to thank Satya for his tremendous contribution to Amyx’s success.  Amyx’s growth under his leadership has been nothing short of phenomenal.  His effective leadership helped grow Amyx in all aspects – the highest level of customer satisfaction, efficient back-office functions, many quality certifications, and business expansion into every State and Territory within the U.S.” said Scott Amey, the chairman of Amyx.

Akula was one of the original group of investors that purchased Amyx in 2008, and in 2011 he assumed the role of Amyx’s president and CEO. During his tenure, he grew the company’s revenue with an average year-over-year growth rate of 30 percent.

Amyx has also gained quality certifications to include CMMI Level III, ISO 9001, ISO 14001, and ISO 27001. Akula has also focused on back-office functions, adding efficiency and effectiveness. Akula has grown Amyx into a large business that is well postured for future success in the full and open market.