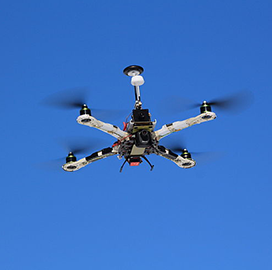 Jean-Paul Reddinger, an aerospace engineer at ARL’s Vehicle Technology Directorate, said the trajectory planner’s capacity to transition the platform between hover and forward-flight could help the Army in applications such as aerial resupply and intelligence, surveillance and reconnaissance.

“The goal of this work was to use a model-based trajectory planner that could capture the quadrotor’s dynamic characteristics sufficiently while executing quickly enough to provide trajectories in-flight,” he said.

“The direction we’re trying to take this in is to incorporate obstacles and additional kinds of constraints on its maneuverability.”

RPI and the Army plan to conduct further simulation trials for the tail-sitter ahead of hardware integration activities and flight tests.