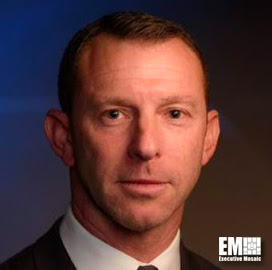 CAE has appointed Ben Nicholson as vice president of Washington Operations, effective December 14, 2020, the company reported on Thursday. He will bring experience in government and legislative relations as well as public policy.

“He has an extensive background in government relations and a thorough understanding of national security businesses and will be an important addition to the CAE team," said Ray Duquette president and general manager of CAE.

Nicholson will bring more than two decades of experience across the political and corporate environment. He has expertise in government operations, programs and contracting, including congressional operations, economic development and the federal appropriations process for national defense, aerospace, security and intelligence programs.

In his new role, Nicholson will serve as the senior executive for CAE's government relations in Washington, D.C., and will be responsible for representing the company with the U.S., Congress, federal agencies, foreign governments and industry associations.

Nicholson will also guide U.S. government foreign policy and national priorities related to the defense and security, civil aviation and healthcare sectors, including their impact on CAE pursuits and objectives in the U.S. and international markets.

"Nicholson will strengthen CAE's relationship with the U.S. government, Department of Defense and government agencies, as well as develop closer relationships with OEMs, suppliers and partners," Duquette added.