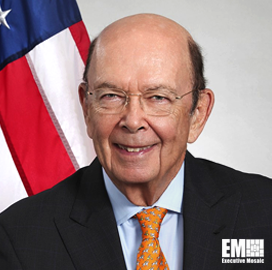 Commerce Secretary Wilbur Ross says he is pleased with current efforts to drive commercial activities and strengthen the U.S. space industry as part of the Trump administration’s National Space Policy.

Ross wrote in an opinion piece published Wednesday on SpaceNews that commercialization of the space industry is fueling U.S. leadership in the sector as evidenced by programs involving satellite servicing, reusable launch boosters, small satellites, sensing technology and artificial intelligence.

According to Ross, the U.S. must work with allies to drive economic growth, space capacity and sustainable development in commercial space efforts. The government must also ensure support for scientific research and constantly reevaluate space regulations to sustain technological innovation, he said.

He noted that with the Trump administration’s creation of the U.S. Space Force, investments in the space sector will be encouraged to continue.

“While we are proud of our successes during the Trump administration, there’s still plenty of work to be done,” said Ross.

“Despite any challenges, the future is bright, and the space economy and the benefits of commercialization are central to achieving our nation’s goal of a safer, more prosperous, and multi-planetary future for humanity."