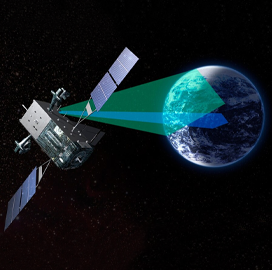 The Missile Defense Agency (MDA) has had its budget increased by $130 million by Congress to develop a new satellite constellation capable of tracking hypersonic weapons to fill a dramatic need in the U.S. missile warning architecture, C4ISRNET reported on Monday.

The constellation will feature its own tracking layer satellites to provide a wide-field-of-view to detect hypersonic threats. The range and network of individual satellites will eventually land on the shoulders of an Hypersonic and Ballistic Tracking Space Sensor (HBTSS) for a more sensitive sensor that can create the proper targeting data to eliminate any possible threats.

The newly passed fiscal 2021 appropriations bill states that Space Development Agency (SDA) and MDA “will share responsibility for developing and deploying the HBTSS architecture and constellation under a joint memorandum of agreement that defines each agency’s roles and responsibilities.”

The $130 million budget addition for the project includes a $10 million transfer from the SDA.