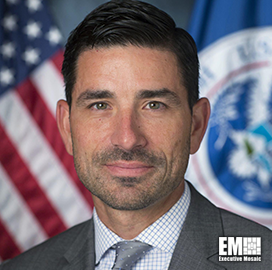 The Department of Homeland Security (DHS) has released an advisory warning U.S. businesses of security risks associated with using data services and equipment from companies with ties to the Chinese government.

The Data Security Business Advisory highlights the risk posed by data theft sponsored by the government of the People’s Republic of China due to newly enforced laws that can pressure companies, academic institutions, research service providers and other entities to collect, store or transmit data, DHS said Tuesday.

“For too long, U.S. networks and data have been exposed to cyber threats based in China which are using that data to give Chinese firms an unfair competitive advantage in the global marketplace,” said Chad Wolf, acting secretary of DHS.

The advisory also cites China’s history of exploitation, manipulation and misuse of data to serve the country’s economic and business goals and presents recommendations U.S. businesses can take to address data-related risks.

These include implementing cybersecurity practices, identifying proprietary and sensitive personal information, ensuring “proper segmentation of network infrastructure from any external software use” and seeking trustworthy alternative equipment and service providers.

“Practices that give the PRC government unauthorized access to sensitive data – both personal and proprietary – puts the U.S. economy and businesses at direct risk for exploitation. We urge businesses to exercise caution before entering into any agreement with a PRC-linked firm,” Wolf added.