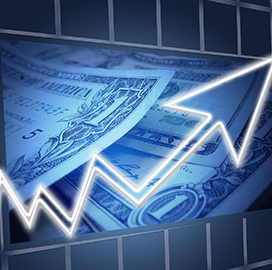 President-elect Joe Biden has selected Janet Yellen, former chair of the Federal Reserve, to be secretary of the Treasury and Neera Tanden, president and CEO of the Center for American Progress, to serve as director at the Office of Management and Budget.

Yellen and Tanden are among the six nominees and appointees for the incoming administration’s key economic positions.

If confirmed, Yellen would make history as the Treasury Department’s first female leader. She led the Federal Reserve from 2014 to 2018 after four years as vice chair of the central banking system and chaired the Council of Economic Advisers under the Clinton administration.

Tanden previously held a senior adviser position at the Department of Health and Human Services and served as domestic policy director for the Obama-Biden campaign.

Biden also announced the nominations of Wally Adeyemo, former chief of staff at the Consumer Financial Protection Bureau, as deputy secretary of the Treasury and Cecilia Rouse, dean of the Princeton School of Public and International Affairs, as chair of the Council of Economic Advisers.

Jared Bernstein, a former chief economist to the vice president, and Washington Center for Equitable Growth CEO Heather Boushey will serve as members of the Council of Economic Advisers.