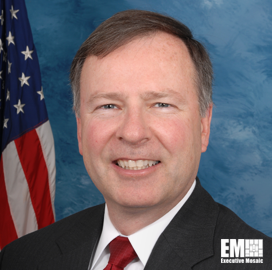 Rep. Doug Lamborn, R-Colorado, has said that retaining the U.S. Space Command’s headquarters location in Colorado Springs is crucial to national security and fiscal interests as taxpayers have already invested billions into the USSPACECOM complex.

Lamborn wrote in an opinion piece published Saturday on Defense News that the Department of Defense has funneled approximately $350 million in taxpayer dollars to USSPACECOM infrastructure in Colorado over the past 15 years. This is separate from the DOD’s additional investment of taxpayer money to support space operations at the location, he noted.

USSPACECOM must “eliminate stifling bureaucracy” at the command headquarters that also houses satellite and GPS functions on which global financial procedures primarily depend on, said Lamborn.

“Our nation simply does not have time to fiddle around with moving USSPACECOM,” he noted. “There is no strategic value in moving it when it is working superbly now.”