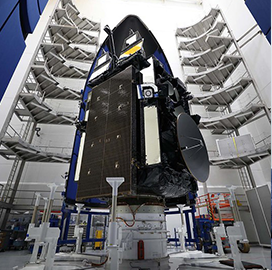 Operational acceptance of the sixth AEHF satellite is expected to occur before the end of 2020 and the 4th Space Operation Squadron will gain operational control as the Lockheed-made SV-06 is integrated into the constellation system, which also supports Australia, Canada, the Netherlands and the U.K.