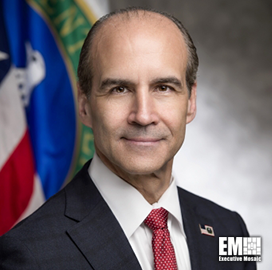 The Department of Defense (DOD) and Energy (DOE) have entered into an agreement to augment research and development efforts that could support the U.S. government's national space policy.

Initially discussed at the Pentagon in October 2020, the memorandum of understanding will tackle space propulsion as well as dual-use critical and emerging technologies associated with areas such as quantum information science, future computing ecosystems and artificial intelligence, DOE said Tuesday.

The agreement also intends to create a senior-level executive forum that will build working groups and roll out a framework for potential joint programs. The partnership aims to enhance scientific exchange activities between the department's laboratories and the U.S. space innovation base.

"This MOU lays out the framework for DOE to harness the world’s greatest science and technology researchers at DOE’s National Labs, and program offices, to augment DOD’s critical national security space mission and will play a crucial role for future space developments across the two departments," said Mark Menezes, deputy secretary at DOE.