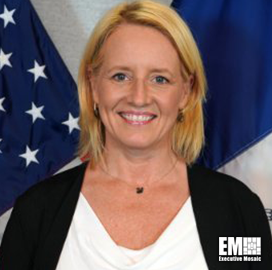 Deanne Criswell, who worked at the Federal Emergency Management Agency (FEMA) from 2011 to 2017, was nominated by President-elect Joe Biden to serve as administrator of FEMA.

Criswell is the commissioner of the New York City Emergency Management Department, a position she has held since July 2019 and in which she coordinates NYC’s coronavirus pandemic response, the Biden transition team said Friday.

At FEMA, she served as federal coordinating officer and led the agency’s national incident management team during her career there. She previously worked as a firefighter for 21 years and as deputy fire chief at the Colorado Air National Guard.

Biden also chose David Cohen, former deputy director of the CIA and current head of WilmerHale’s business and financial integrity group, to assume the position he held at the agency from 2015 to 2017.

Shalanda Young, staff director and clerk for the House Appropriations Committee; and Jason Miller, the U.S. Trade Representative agency review lead for the transition team, received nominations to be deputy director at the Office of Management and Budget (OMB) and the agency’s deputy director for management, respectively.

Janet McCabe, a professor of practice at Indiana University McKinney School of Law and former acting assistant for the Environmental Protection Agency’s air and radiation office, was nominated to the EPA deputy administrator position.