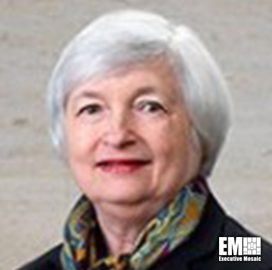 The Senate voted 84-15 Monday to confirm Janet Yellen, former chair of the Federal Reserve, as secretary of the Department of the Treasury (USDT), The New York Times reported.

Yellen’s confirmation made her the first woman to hold the top post at the Treasury. She is a labor economist who also served as vice chair of the Federal Reserve and chair of the Council of Economic Advisers during the Clinton administration.

The report said Yellen plans to make changes to the department’s mission, such as using its authority to evaluate climate change’s economic risks and support clean energy technologies through incentives.

“It is the responsibility of the Treasury secretary to strengthen the U.S. economy, foster widespread economic prosperity and promote an economic agenda that leads to long-run economic growth,” Yellen said in her written response to lawmakers.