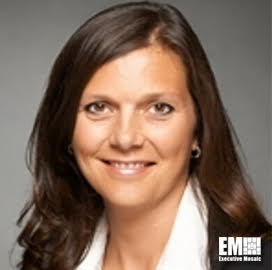 Luanne Pavco has been named president of Avantus Services as well as chief delivery officer for Avantus Federal, a NewSpring Holdings company, the company announced on Tuesday.

“I’m incredibly honored to join Avantus Federal to help advance the company,” former Wash100 Award winner Pavco said. “It is exciting to work alongside the industry’s most eminent leaders and grow the company to the next level of capability, client service and unsurpassed mission support.”

Pavco will take the helm of all aspects regarding the company’s delivery and customer efforts as well as overseeing Avantus’ Integrated Talent Management initiatives. She will report to CEO Andy Maner and continue to serve on the Avantus Board of Advisors.

Before assuming her new role, Pavco served as the general manager and member of Slalom Consulting’s executive team. She oversaw and set the company’s strategy for growth, and delivery excellence. Pavco also founded Slalom Federal and built the Public Sector through exponential growth and impact in less than three years.

“Luanne has been invaluable to Avantus as a Board of Advisor and I am eager  for her to join our organization full-time,” said Avantus CEO Andy Maner. “We are doing important work at Avantus, and with Luanne  leading the charge as President of Avantus Services as well as our Chief Delivery Officer, she will help us continue to grow our company into a robust,  mission-ready hub.”

Avantus Federal, a NewSpring Holdings company, is a mission-focused services  and solutions company headquartered in McLean, VA. E3 Federal Solutions  and The Sentinel Company combined forces in 2018 and rebranded in 2020  to Avantus Federal. Avantus draws upon its heritage companies’ histories of  consistent growth and high performance in the federal services market.